I have been toying with an idea for a few days now, Mick is playing with acoustic cycle engines, more on them later with photos, but my idea is to reverse the cycle (ie. put motive force in) to get refrigeration out... hers a quick CAD mock I did nothing to flash but gives you an idea, active fan cooling on hot side at base of cylinder over fins, and passive fins in the cooling section, this should allow a large heat exchange area, in the center of the cylinder is the stack or re-generator, it holds the heat between the cycles. This could also be driven with sound as the motive force. 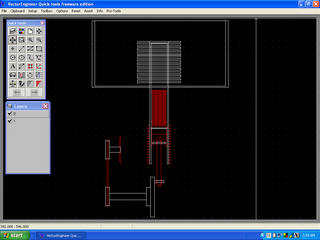 Posted by hiddensoul at 9:04 AM