And I wear a a fishing vest as my motorcycle vest, that's how I got my nick in real life of pockets, it has 14 pockets including one on the back that can hold my net-book, here is what I carry in the vest pockets

Well I am at it again... I have a thing for torches, well not just torches but tools in general and I see torches as a tool. I have a Led Lenser Police Tech Focus with 115 lumens of light output. This is one of my main torches and I carry it with me most places I go.

I also have a Black 3D Cell Maglite in the car for breakdown use as well as a Maglite solitaire attached to my motorcycle vest.
I have just got a 6D cell Maglite in red which is the largest maglite they make. It weighs 3.1 kilos and is 48cm long. A formidable torch. 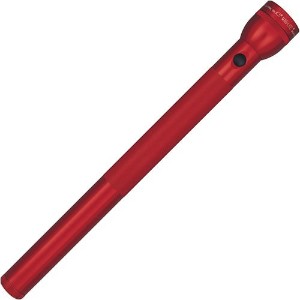 I have also bought the following accessories for the red maglite. The first is a tail cap with glass breaking tip for breaking automotive glass. Second is a crenelated  strike bezel, I have also got a terralux 700 lumen Cree LED module and a belt loop.

Posted by hiddensoul at 12:40 AM No comments: